The International Summer Festival, which meanwhile has been a tradition, took place this year on 12th of June at the Haus am Horn.

It started with Henna Body Art at 5 p.m., in the meantime our guests were asked to mark their origin down on our huge global map. After that an exhibition tour “Fremde” took place inside Haus am Horn and it was followed by a jam session with the motto “European early music meets Chinese early music” by Johannes Ötzbrugger (Theorbo and Baroque Guitar) and Kelvin Tsui (Erhu, a Chinese fiddle). Then the second guided tour inside Haus am Horn started in which model and experimental buildings of the Bauhaus were presented. After that Eric Domenech (composition, piano) and David Castro-Balbi (violin) started another jam session with improvised jazz music. Meanwhile a funny puppet theatre “Goethe – ein Spiel” by the puppet artist Henning Hacke took place outside of the Haus am Horn.

Last but not least, our wonderful international buffet must be mentioned. It was prepared by students from the Bauhaus University and the HfM Weimar together, which once again presented the successful cooperation between both institutions. It was also enhanced by the homemade ice-cream “Biebereis” from the Bauhaus student Felix Bieber and lots of grilled Thuringian sausages.

The Festival was very well attended from both institutions and both international and German students, which was very important and meaningful for our international integration. We are looking forward to the next International Summer Festival! 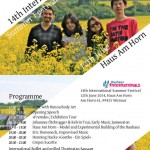 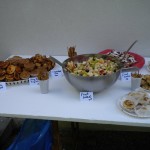 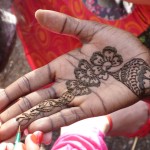 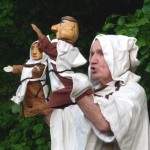 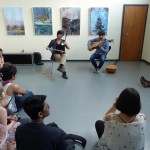 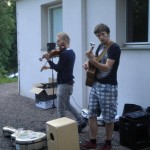 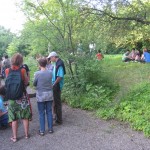 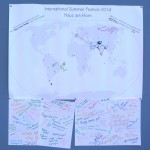 Where are you coming from?

User Research, Education, and some Gestural-Input-Stuff. Reading. Making Music. Complaining that stuff looks better than it works.
View all posts by Jan Dittrich →
This entry was posted in Report. Bookmark the permalink.

This site uses Akismet to reduce spam. Learn how your comment data is processed.