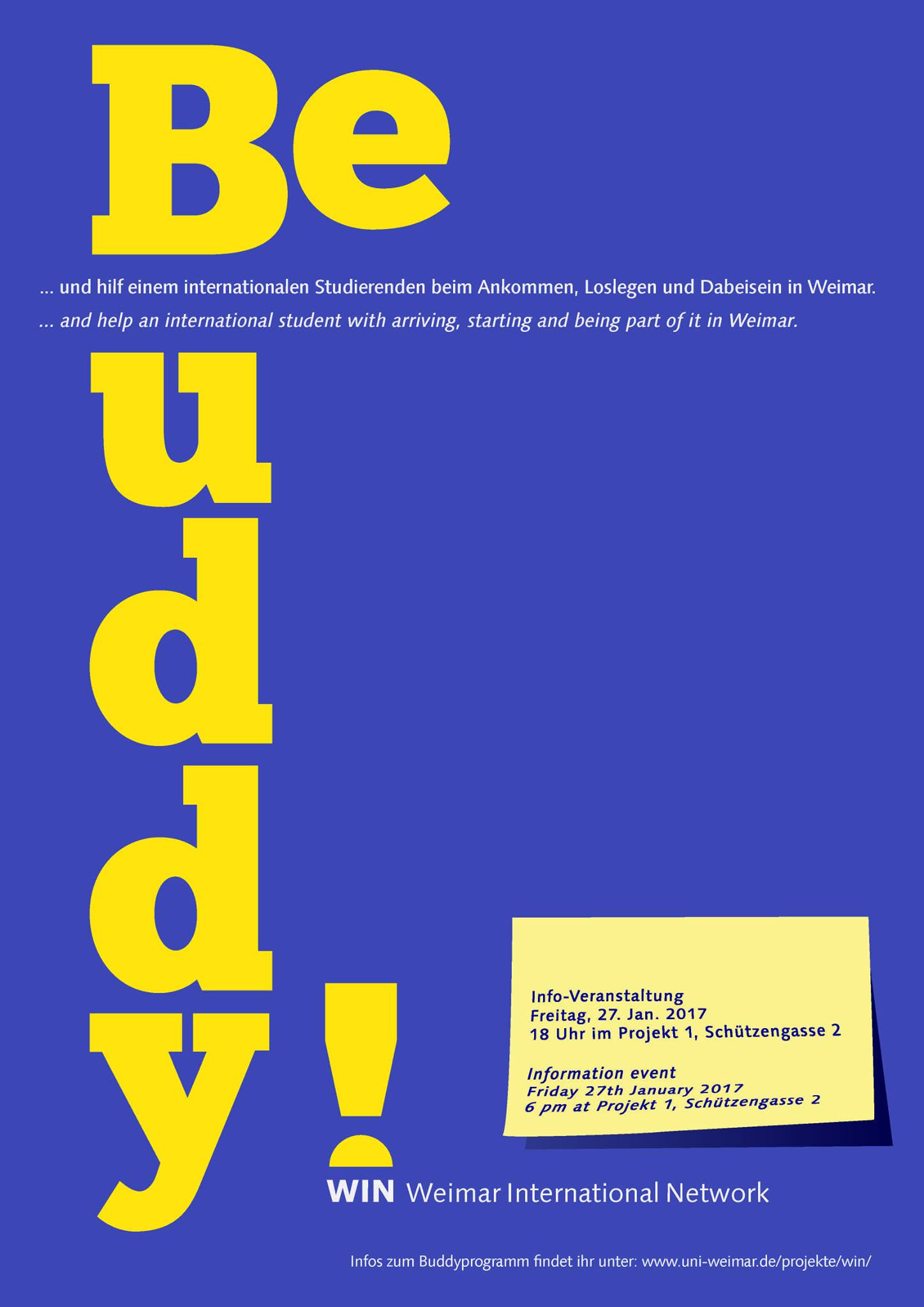 On Sunday, May 10th, Bauhaus and Liszt Internationals organised a trip to National Park Hainich. On this sunny day joined us 45 students from 21 countries. A meeting point was in front of the train station at 9.45 and then we headed to Bad Langensalza.

From there to National Park Hainich we took a bus. Around 4 pm we slowly went back to the train station and around 6 pm we arrived to Weimar. At the end of a trip students said they were really pleased with the organisation and they really enjoyed themselves.

The first trip of the semester was a stunning success. Although, the day turned out to be cloudy and rainy, a total of seventy two people joined us on this trip, thanks to the strategic planning and tireless efforts of the marketing team of BI. We took the train for an hour-long amazing train journey to Eisenach. The participants came from different parts of the world and we encouraged them to interact with each other. We hiked from the train station to the castle enjoying every bit of our journey to the fullest, chatting, taking pictures and enjoying the nature around us. The tour guide was very kind to allow us to split into two groups as we massively outnumbered the allowed participant limit of 25 people. We enjoyed listening to the guide while strolling through the narrow passages of the old castle. A breathtakingly beautiful canopy of forest was visible from the top of the hill. On our way back, we stopped at an ice cream place in the old city. The responses of the overjoyed participants was truly overwhelming.

The welcome party was a successful and unexpectedly well attended event. The party was initiated with a flea market. Leaflets with lists of upcoming events were distributed and explained to the people. Two posters were used to encourage attendants to share some information about their countries of origin and customs of greetings. This triggered friendly conversations between strangers from all over the world. The interaction slowly picked up as more people joined in and the party started on its full swing. A great attraction of the party was the delicious international food prepared and served by the Culinar Culture team. The party went on until the late hours of the night as people chatted, ate, drank and danced. We thank all the organizers and collaborators for their hard work that made this event an unforgettable experience. It was a wonderful autumn day in November 2014: the sun was shining above Thüringen and in the faces of 15 international students meeting in the morning at Weimar main station heading toward Saalfeld. We visited the Feengrotten (Fairy Grottoes), the most colorful grottoes in the world. We enjoyed a one-hour English speaking guided tour ... Read more

Walking through the National Park Hainich along the “Baumkronenpfad” (tree-top trail) was a precious experience!

We wanted to get to know the place we are living in and enjoy Thüringens National Park Hainich, which is around 60km west of Weimar. It's quite a long way to get there, but it was definitely worth it.

Stunned by the view of the entire Hainich and the Thuringian Basin, we learned a lot about trees and got some inspiration by the beauty of nature. Arriving in a sunny weather, we enjoyed the refreshing forest with its relaxing sounds of rustling leaves and twittering birds.
Thank you for exploring one of the most wonderful places around here with us!

On Saturday 14th June 2014 we had a fun and exciting day at the climbing park in Hohenfelden!

7 stations with 118 climbing elements, fitness, adventures and risk in 2-15m height with  increasing difficulty with up to 135m length of cables racing through the forest, jumping  into a net in around 15m height and much more!

We had so many requests of people wanting to come with us that we even couldn’t take everyone with us. In the end, there were around 40 people being exhausted but proud after their two-hour adventure. Even though weather was changing often, it was a wonderful experience that strengthens the team spirit - everyone gave a hand to each other.

There was also the opportunity to take some food and snacks, so we had a short picnic to regain some energy before we headed back to Erfurt. Arriving in Erfurt, some people took the chance to have dinner together, go shopping or visit the Krämerbrückenfest in order to have a great end of the eventful day.

The International Summer Festival, which meanwhile has been a tradition, took place this year on 12th of June at the Haus am Horn.

It started with Henna Body Art at 5 p.m., in the meantime our guests were asked to mark their origin down on our huge global map. After that an exhibition tour “Fremde” took place inside Haus am Horn and it was followed by a jam session with the motto “European early music meets Chinese early music” by Johannes Ötzbrugger (Theorbo and Baroque Guitar) and Kelvin Tsui (Erhu, a Chinese fiddle). Then the second guided tour inside Haus am Horn started in which model and experimental buildings of the Bauhaus were presented. After that Eric Domenech (composition, piano) and David Castro-Balbi (violin) started another jam session with improvised jazz music. Meanwhile a funny puppet theatre “Goethe – ein Spiel” by the puppet artist Henning Hacke took place outside of the Haus am Horn.

Last but not least, our wonderful international buffet must be mentioned. It was prepared by students from the Bauhaus University and the HfM Weimar together, which once again presented the successful cooperation between both institutions. It was also enhanced by the homemade ice-cream “Biebereis” from the Bauhaus student Felix Bieber and lots of grilled Thuringian sausages.

The Festival was very well attended from both institutions and both international and German students, which was very important and meaningful for our international integration. We are looking forward to the next International Summer Festival!

It was a wonderful day in the heart of Thüringen: The sun was shining, 14 international students and two organisors from Bauhaus Internationals were motivated and the three castles "Drei Gleichen" were impressive for everyone.

In the morning we went by train to Wandersleben, 20 kilometers west of Erfurt, and started the 15 kilometer hiking tour along "Burg Gleichen", "Mühlburg" and the famous "Wachsenburg" castle. In between, we enjoyed the beautiful landscape of Thüringen: Trees, fields and and so much green bathing in warm sunlight.

The tour ended in Haarhausen train station from where we went back to Weimar with a big smile on our face. We all made new friends among the international students and have happy memories of that day!